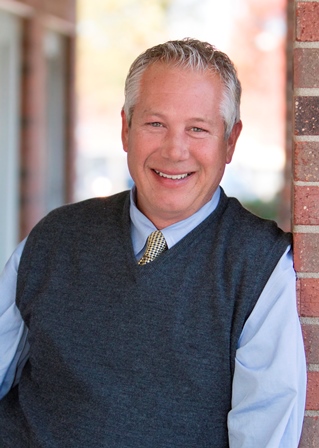 Alex Dewey, Buyer and Listing Specialist, was born in Charlotte, NC and moved to Fort Mill at the age of seven. There, he attended Fort Mill Elementary and Fort Mill Middle School before attending Camden Military Academy in ninth grade. He graduated as a 1st Lieutenant and Cadet of the Year. Alex then went on to attend Lees McRae College in Banner Elk, NC. His commitment to hard work earned him a position on the Lees McRae ski team and a partial scholarship for three years. While attending college, he was a three-year letterman and recipient of the 1992 Coaches’ Award for hard work and commitment to excellence. Alex graduated from Lees McRae with a Bachelor of Science in Communications.
In 1993, Alex began his commitment to the sales industry and to customer service. Alex became a National Accounts Manager for Konica Business Technologies, where he earned numerous awards for his work ethic and sales ability. Alex is an Accredited Buyer Representative (ABR), a Senior Real Estate Specialist (SRES) and a Certified Distressed Property Expert (CDPE). Alex has earned many awards for his commitment, Presidents Award 2015, Diamond Award 2014 & 2017, Ruby Award 2008, 09, 10, 11, 12, 13, & 2016.

Alex and his wife Melanie live in Fort Mill and have two children, Will and Kaleb. Alex enjoys spending time with his family and being in the outdoors fishing and hunting.
Allow Alex to share his incredible work ethic, commitment to excellence and “no giving up” attitude in your process of finding your “DREAM HOME.” As Alex says, “My service will change your standards.”

To continue searching, you must agree to the Terms of Use.

For the best experience, please provide your cell phone number and select accept below to opt-in to our Terms & Conditions and Privacy Policy to begin receiving text and voice communications.

or make a new notebook

Verify the value of your home,
maximize your investment and see local market activity.

We just need your phone number to finish creating your account.